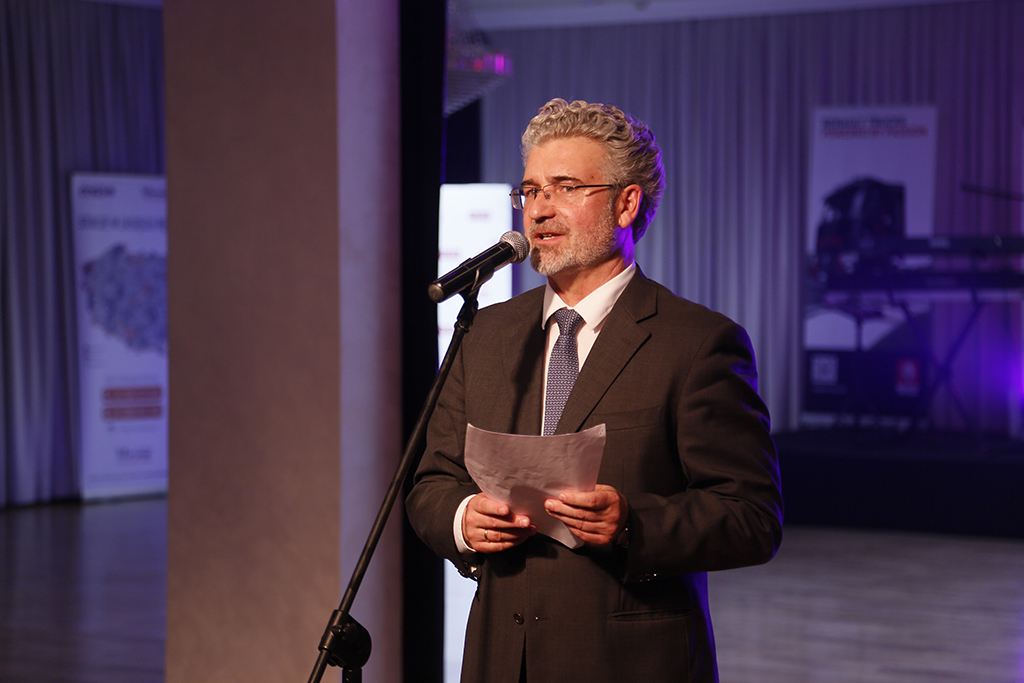 On 24th May 2019, over 400 people attended the 25th Anniversary Gala of the Pomeranian Road Carriers Association.

We were represented at the gala by Director Barbara Topyła and the supporting managers:

One of the biggest organisations in the industry, bringing together almost 1,000 transport companies, organised the anniversary ceremony in Faltom Hotel in Rumia.

The event was attended by many representatives of transport and forwarding organisations, including the ZMPD and PISiL.

Tomasz Rejek, the President of the Pomeranian Road Carriers Association’s Board, received a number of wishes and gifts from the Gala participants, whereas he himself thanked and presented the jubilee statuettes to several dozen persons of merit for the Association.

During the official part of the Gala, state awards were presented, and then the party began. Good fun was provided by the Żuki band playing The Beatles’ covers and the BarOn rock band.